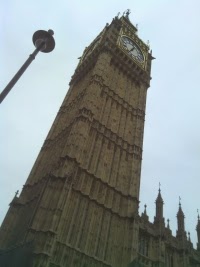 It was pleasing to read research that suggests we may have more LGBT MPs in the coming parliament than the old one.  I'd been worrying the academics were all busy and I was going to have to do the maths myself.

27 is a significant slice of the 36 out bi or gay MPs we've ever had. If you were ever an out-LGB MP, the chances are you still are one. There haven't been any openly trans MPs in the UK yet, and though there are trans candidates for most of the mainland parties - indeed one of them currently being splashed over the papers as trans, queer and poly - alas none look likely to break through.  Sorry Zoe.

For all that the polls suggest another hung parliament, they also suggest one with a swing to the right: we will have a different bunch of MPs running the show. It looks like fewer Lib Dem MPs and more SNP members, and a huge switcharound of Labour MPs as they lose a swathe of seats in Scotland and gain others in England. Probably quite some turnover of Tory MPs too.

That said, in UK elections most candidates don't get elected. There's not many openly-LGBT potential new MPs in Tory-gain or SNP-gain type seats, but there are a few in Labour-gain seats. If the polls turn around for the Lib Dems, the seats they'd gain would add a little to the tally too. So we can look forward to fresh queer faces on the green benches after May 7th.

To keep bisexual geeks on their toes, both existing seats with bi MPs - and the one that might gain a new out bi MP - are seats that might change hands.  The Conservative seat of Shrewsbury and Atcham has been in blue, gold and red columns in the last fifteen years, while the Liberal seat of Southwark and Old Bermondsey has been a Labour target at every election since 1983. Labour hope to gain Stockton South: on current polls they should do as it's a very Labour seat that flipped blue in 2010.
Posted by Jen at 20:55 No comments:

The Daily Record is confused

In the Scottish Daily Record this week (24th April, publication stamped 3pm though so perhaps online only) Nicole Heaney writes about how we live in terribly modern times where,

Woah there. This is a special redefining of bisexual to mean "attracted to more than one gender and interested in relationships with everyone to whom you are attracted".

Let's consider that "not really the sexuality in question" clause applied for gay or straight people: if you were, say, going out clubbing, pulling people and having casual sex seven nights a week, and happy with this and not wanting anything "more" in your life right now... you're just kidding yourself about having a sexuality at all.  Hmmm. No. Those people are definitely gay or straight. Once you stop having a double-standard for bi, Nicole's definition of non-bi-bis comes unstuck quickly.

Then she turns to the future, which will be...


"A time when sexuality won’t be pigeon holed. A time where gay, straight, male or female will not matter and we will just have sex with whomever we are attracted to regardless of their status."


Uh-oh. We've seen this one before, haven't we? It's the same future fairytale with which Peter Tatchell invents bisexuality every couple of years without ever using the B word. (I'm skipping over the lack in the original text of whether the other person is consenting. Subeditors can do terrible things to hone down a word count, after all).

I think it conflates two ideas, one which is useful, one which is not. Some day, yes, I hope whether you are bi, gay, straight or asexual won't matter: we won't need safe spaces as an escape from biphobia and so forth. That way that the first gay pubs I went to had blacked-out windows for the safety of patrons will be a long forgotten horror. If you find out someone fancies you, you'll only have to think: do I fancy them back? Are we both single or otherwise available? Great! Let's do something about it then!

The other idea, though, is the idea that when prejudice and queerbashing are behind us as a society, labels - bi, gay, straight - will no longer be needed. I think that's a duffer. Just because it's safe to be bi or gay won't make all the people who never experienced same-sex attraction suddenly realise how attractive the people they never fancied before are. We'll still be bi, gay, straight, asexual. We just won't be raised to beat ourselves up about it. And when someone turns you down because they just aren't into girls, they'll still need words that express that. Terms like bisexual may lose their loaded values, but they are still vital concepts about how humans and human sexuality work.

Then again, the Daily Record article begins by observing that "It’s hard to believe that only some 20 years ago it was a crime to be homosexual".  It is indeed.  Not least because it wasn't - even though Section 28 had sought to make talking about it a thought-crime, homosexuality was decriminalised in Scotland in 1980, thirtyfive years ago.

We should probably have stopped reading there.

Whose fault is it anyway

Why did the economy tank? Whose fault is "the mess Labour left us"?

The soundbite from the Tories is "the Labour government did it"

The soundbite from the Greens is "the bankers did it"

The soundbite from the Lib Dems is "can we get a word in here... no? damn"

Well, Labour did it, and the bankers did it, and loads and loads of you lot did it. Cheap loans, stupid mortgages, house price super-inflation, the bankers couldn't do it on their own: they needed millions of complicity borrowers to make it happen. And while that happened on the edge of government control, Labour's tax and spend was based on the pretend money the bankers were creating for assets that were not really any greater than they had been before the hot air boom: when the balloon went pfffffft, we were left with the 'real' tax take but an expectation of what government could afford to spend based on all that imaginary cash being there too.  Suddenly what had been passed off as foolish overspending was a humungous £400m a week more going out than was coming in.  The 'mess Labour left' isn't the economy as such, it's the massive overestimate of how much the government could afford to spend given general economic activity and taxation levels.

But the politicians won't be heard saying that between now and polling day, as it has far too many home truths to be acceptable to the press and the voters alike.