It's in the Lords already

Amid the celebratory coverage of the Same-sex marriage bill for England and Wales passing third reading a week or so ago, you might have missed that as soon as it was passed in the Commons it was introduced for first reading in the Lords that same evening.

First reading is the point at which they just go "oh look, a bill, shall we debate it?" and nod, but it means the more important stages are coming up fast, with the Independent reporting today that Monday's debate in the Lords has over 80 peers asking to speak and we can assume the debate will roll over to an extra day:


"the Government has agreed that if the debate over-runs, the Government and opposition wind-up speeches and the vote itself will be held over to Tuesday. A free vote is now expected to be held at around 4pm on Tuesday."


You've probably seen lots of people urging you to write to MPs at the earlier stages, and to Peers now, but have you done it? It honestly won't take you that long to do - I slyly drafted my letter during a meeting! If it makes it through the next readings you'll get to punch the air victoriously with much more oomph. And if you watch the debate on the Parliament Channel and who you wrote to stands up you get to shout at the TV even louder.

I've written to several members of the Lords already urging them to support the bill.  As I was doing so last week I went for the old-fashioned stamp-and-envelope approach, which I prefer but stamps do eat up your pennies quickly on a low income. Fellow BiBlogger EsmeT picked a Lord to write to and posted her emailed letter on her blog here which she sent in using WriteToThem - you can still do that now; it's cutting it fine to trust the Royal Mail to get there in time for Tuesday.

Which Lord? Any! One with the same surname as you. One you met at a fete. One you saw on Question Time and liked. One who used to be your MP. But Tory, Labour, Liberal, Crossbench, there are going to be pro and anti and undecided on every side of the chamber. Pick one and go for it...

...and I'll see you on twitter for the final stages on Tuesday!
Posted by Jen at 19:22 No comments:

Inspired by Too Many recent LGBT activist & organiser spaces... 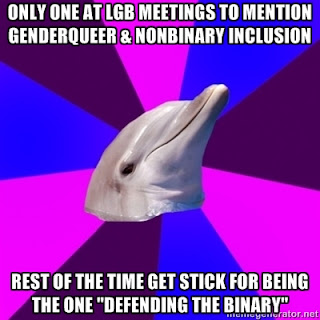 is the 12th studio album. Gosh that's taken a long time! To think how it felt like ages from Behaviour to Very...
Posted by Jen at 21:47 2 comments:

So yesterday I went to another zine fair, this time with Katie for company. Much closer to home this time - the Victoria Baths in Vicky Park is a bit over two miles walk from my home, so no exciting railway adventure to a strange city, just a toddle up the road, to the middle of a street that holds memories of a different ex at each end!

The last time I walked past Victoria Baths would be about 12 years ago, though, and I think it's been done up a lot in that time. It's a very different building from the one where the Sheffield zine fair was held, but just as fascinating and quirky: a former public bath house from when they were all the rage for keeping the Great Unwashed, well, washed. With a class hierarchy of the clean water going to the higher-paying men, their dirty water then being pumped to the general men's washing area, and then when they were done with it, it was piped to the women's bathing room.

Being somewhere A Bit Strange has definitely added to the flavour of my two zine-land outings.

As well as the main zine stall areas and tours of the building, there were two promising looking workshoppy sessions: an interesting talk by Karren Ablaze, and a film screening about HelpYourselfManchester. There was also acapella singing, which I'm sure was rewarding if you like that kind of thing but I kept well clear.

. This was a rollercoaster ride of anecdotage going through how her zinestering developed from tiny nervous beginnings over ten years (in musical terms, that's from The Smiths to The Happy Mondays) into a 5000-copy-selling chunky music magazine, but the loop of raising money and hard sell of zines meaning it would almost inevitably end up imploding under its own weight. Though my area of zine & small-press writing and publishing is different, there were a lot of interesting overlaps, challenges and moral questions, and of course someone who was around the Manchester music scene a lot just before I came to the city is bound to have the right venue- and artist- namedrops to keep me listening.

One of the key memories I took away was a reminder of that way that in the 80s and 90s, when so few of us had email, contact was so much more precious. Both with others "like me" in whatever way, and with the creators of music or zines who today you might follow on twitter and swap blog comments with, but then you'd be writing to, wondering if they'd reply, watching the doormat when the postie came in the hope they might have written back to you. A great divide has been narrowed, but some magic has gone away in the process.

There were only half a dozen or so of us in the talk but I think we all got a lot out of it. And I was pleased I managed to ask a meaningful question for once!

The film about gigs listing site HelpYourselfManchester and the people who were a part of its bubble was also interestingly educational, though not only in the way its makers seemed to intend. Mostly this is made up of interviews with people who were putting on "house gigs" by largely punky bands, mostly around Levenshulme and in particular at the Klondyke Club and 69 Albert Road, something like 2002 - 2004. It's a scene I was never quite a part of, but I loitered nearby. There is a lot of interesting creative culture here, around cheaply assembled DIY culture, creating spaces, and the making of eyecatching and distinctive flyers for gigs, some of which are still on my office wall a decade later.

I love that this kind of very narrow, local social history can be recorded for posterity. I felt there were two critical elements missing however. There's no attempt to set the scene presented into a wider historical context - we're given the impression of a unique moment in Manchester history, yet I remember similar happenings before the loose network presented came into being, and continuing after the period the film covers. This was part of an ongoing subculture in the city rather than something new of itself, a subculture which I get the impression depends on the turnover of students in the city to keep renewing its verve and energy. And what we see reflects a kind of creative alternative cheap DIY culture that is underpinned by a lot of resources and privilege that goes unmentioned - something I have talked about before around alternative Prides.

The film also left unanswered how the residents of 71 Albert Road felt about a long stream of raucous gigs being put on just a Victorian terraced house wall away from their own front room!


Let's step back out of the fringe and into the main zine fair now though...

The main hall had comics, zines and small-press art on two floors, with the upper floor a balcony running all around the lower floor giving a lovely bright airy space. I probably missed some gems but - as I'm less excited with art and craft and more with queer / bi / feminist expression and communication - I didn't pick up any zines for me (I did get some stuff for other people, but as they will be presents along the way I don't want to say more about those!). Among other things Katie picked up an issue of crafty zine "Sugar Paper: 20 things to make and do", which was good to peer at over her shoulder, and I nearly braved the stairs again to get one of the other issues but started counting how much money I had left by then and decided against.

Even moreso than in Sheffield there was a great spread of subjects and styles; a lot of artsy stalls and I think fewer of the ink-and-paper-and-passionate-outpourings that I think of as the core of zine culture. Just as Sheffield ZineFest had its fabulous wall displays of posters and the interactive story of 1913 running along one wall, there were things for the nervous newbie to do here with typewriters to experiment on, spirographs to make pretty patterns with and lino-cutting print.  And there was a small-children's play area with colouring in and dressing up things. I do love seeing how people work to make their events accessible to people in ways like that.

So... a lovely day out, a stimulating place to hold it, and the top tip that yes - zine fairs are more fun with someone else so you get to wander round them in company. But go anyway.


(if you like your writeups more picturey, there's a great photo roundup of the day here on the Shrieking Violet's blog)
Posted by Jen at 00:21 No comments: 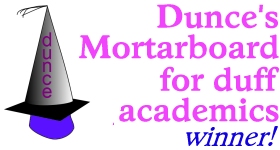 An American professor has partly retracted bi-erasing and homophobic comments about the economist John Maynard Keynes.

Niall Ferguson, who at the time of writing remains linked to Harvard University in the USA, commented last week that Keynes' famed remark on economic issues that "in the long run we are all dead" reflected that Keynes' homosexuality and childlessness meant he had no interest or concern for society in the long term.

However, Keynes was not gay and his wife miscarried on at least one occasion, rendering Ferguson's remarks not only tasteless and factually lacking, but actively and deliberately erasing of bisexuality.

In a half-hearted apology on his blog he has now stepped back slightly from those comments - but in observing that "colleagues, students, and friends – straight and gay – have every right to be disappointed in me," he continues his determined bisexual erasure and rewriting of history.

Harvard University was founded in 1636 and was a respected academic institution for many years.
Posted by Jen at 22:29 No comments:

The Long War, sequel to The Long Earth - I think my "what I want for my birthday" list just started...
Posted by Jen at 14:19 No comments: